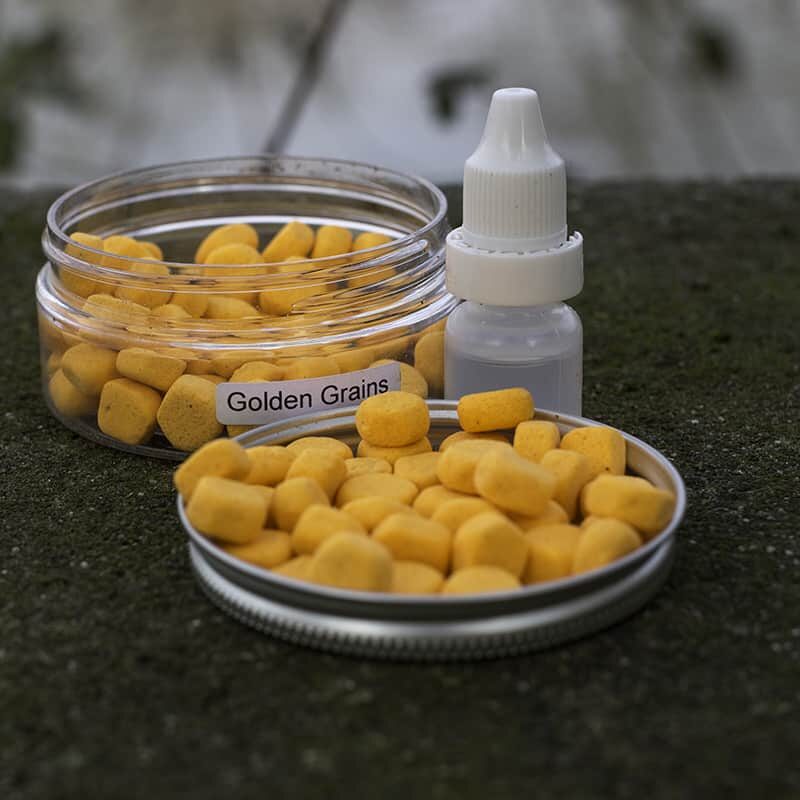 i-Corn Golden Grains Popups “the i-Corn’s” also known as imitation corn are designed to replace the ever growing array of plastic baits that have flooded the market in recent years. It has come to our attention over the last few months that more and more fisheries are banning plastic hookbaits from their venues now due to the safety aspect involved, as being of a non bio-degradable material, they will not rot under any conditions therefore potentially meaning any rig that is lost or cracked off into a lake is a “live” rig for the duration of its immersion until either the hook is rusted away enough as to render it useless or until it becomes obscured from view or worse still it has a fish attached. Our new I-Corns are made from real food ingredients which are designed to breakdown in a reasonably quick amount of time and although this means that if attached to a lost rig it would still be a live rig, the time frame for this to happen would be greatly reduced along with the chance’s of it ever being picked up again. With the rig and fish safety aspect aside, it makes perfect sense to offer our quarry an edible food item which, should it be ingested would have no effect what so ever on the digestive tract and also one which could be tweaked with attractors that appeal to the fish whilst giving off a proper food signal which is something plastic baits will never be able to do.